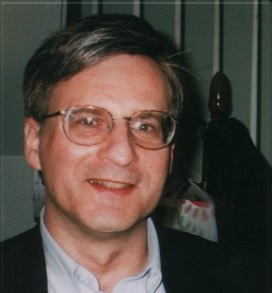 Diamonds - While employed as a materials scientist for aerospace giant McDonnell Douglas in 1986, Thaler invented the fastest diamond deposition technique in the world. Using high-energy lasers borrowed from the 'Star Wars' initiative, Thaler was able to grow single crystals of diamond as well as convert the native carbon within tungsten carbide and high-speed steel tools to the diamond phase. Of course, at the root of his success was the use of artificial neural networks to determine the sweet spots for diamond growth within a high-dimensional process space.

Brain Trauma and Death - In 1992, Thaler shocked the world with bizarre experiments in which the neurons within artificial neural networks were randomly destroyed. Guess what? The nets first relived all of their experiences (i.e., life review) and then, within advanced stages of destruction, generated novel experience. From this research emerged both a compelling mathematical model of near-death experience (NDE) and the basis of truly creative and contemplative artificial intelligence.

Cognition, Consciousness, and Creativity - In the 80s, after witnessing some really great ideas emerge from the near-death experience of artificial neural networks, Thaler decided to add additional nets to automatically observe and filter for any emerging brainstorms. From this network architecture was born the Creativity Machine (US Patent 5,659,666, US Patent 7,454,388). Thaler has proposed such neural cascade as a canonical model of consciousness in which the former net manifests what can only be called a stream of consciousness while the second net develops an attitude about the cognitive turnover within the first net (i.e., the subjective feel of consciousness). In this theory, all aspects of both human and animal cognition are modeled in terms of confabulation generation. Thaler is therefore both the founder and architect of confabulation theory and the patent holder for all neural systems that contemplate, invent, and discover via such confabulations.

Mental Illness and Creativity - While the connection between psychopathologies and creative genius has long been suspected, Thaler has recruited the Creativity Machine Paradigm to demonstrate how cognitive pathologies develop as this contemplative neural system pushes itself toward higher levels of creative achievement. With the ability to compute both ideational novelty and cognitive pathology within these neurodynamic models, he has discovered an inevitable tradeoff between madness and inventive genius. In a nutshell, creativity occurs over multiple swings through neuronal chaos and tranquility, as ideas subliminally incubate. Typically, the more intense these swings, the more original is the creative output that is accompanied by periodic hallucinations, false perceptions, attention deficits, and an inability to differentiate fantasy from reality, all characteristic of what is considered mental illness.

The Tempo of Ideation - While several institutions attempt to build neural network-based brain simulations, none have considered how freshly forming ideas within one part of the brain are located and evaluated by other portions thereof. The methodology, Thaler claims, involves the rhythm (i.e., the frequency and clustering) with which stream of consciousness is occurring within certain pieces of cortical "real estate." In fact, he has derived a master equation that quantitatively predicts the rhythm of idea generation both in Creativity Machines and the human brain, as a function of novelty of the notions being generated.

Artificial Invention - Over the last decade, Thaler has produced a totally new AI paradigm called "DABUS" that conceives new inventions and art forms. These are not parametric optimizations, but whole new concepts formed by the linkages between myriad artificial neural networks. To find out more, check out the Artificial Inventor Project. To discover more about the patent producing these inventions, see US Patent 10,423,875. (And no, DABUS is not the combination of a generator net with another net distinguishing 'real' from 'fake'. That issue was elegantly solved long ago with Thaler's patent US07454388-, "Device for the autonomous bootstrapping of useful information," that issued 11/18/2008.)

Sentient AI - So that Thaler's artificial inventors could appreciate their creations, he equipped them with learning rules to bind memories, contained within a series of nets, together to produce not only complex concepts, but also the consequences of said concepts, what psychologists would call affective responses. The incorporation of certain "hot-button" nets within these memory chains triggered the secretion of simulated adrenaline or serotonin to either reform or reinforce those concepts resulting in the most salient consequences. In other words, feelings or sentience was the result.